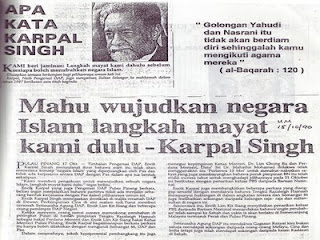 Email ThisBlogThis!Share to TwitterShare to FacebookShare to Pinterest
Labels: Hudud 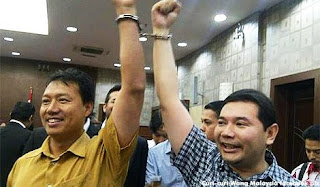 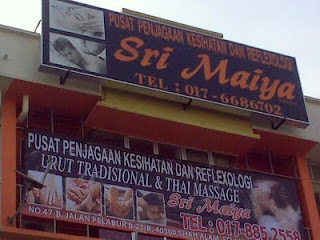 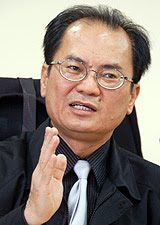 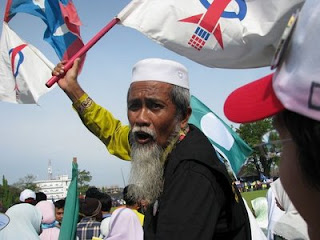 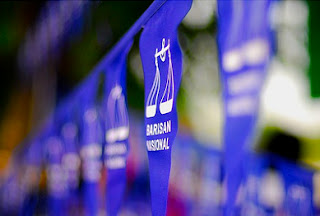 What Might Happen if Pakatan Rakyat Win in 13th General Election ? 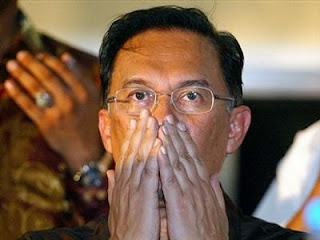 Economic
1. Share Market Might Collapsed
- There about at least 35% of GLC ( Government Link Companies ) listed in Bursa Saham
- Most of the top Bank and Corporate company in Malaysia are link with the current Government
- Predicting share market will drop from 1600 to as low as below 1000 points

2. Investor Will Pull Out
- Overnight changes of government will cause instability
- Looking at the government in every part of the world where each time they changes the government the investor will pull out during the changes

3. 50% of Civil Servant Will Lose Their Job
- DAP Tony Pua already pledge that if Pakatan Rakyat take over Federal Power they will reduce civil servant up to 50 %

4. The Beginning of Black Moment for our Country Economic
- The drop of our share markter
- Hundreds thousands of Civil Servant will lose their job
- Investor pulling out from our country
- Spoiling the Citizen with the subsidy mentality
- Inflation ( giving RM 4000 to every single Malaysian )

5. Country will go Bankrupt
- Pakatan Rakyat free Promises will put our country debt in the biggest debt ever in the history
- Abolishing toll , Abolishing PTPTN , Free Education , Reduce the price of Car, Reduce the Price of Oil , Giving RM 4000 a month to every single Malaysian

1. Possibility of May 13
- Extremist like PERKASA might create havoc
- Pakatan Rakyat may not have the blessings from certain Sultan
- Ministry of Defence might not want to hand over the power

2. Disunity among Malaysian
- Certain races will start to blame and point finger towards other races for the loses

3. The increase of Crime Rate
- Overnight instability will give chance to criminal and triad society to hijack this situation

4. The none Malay is giving Chance to Anwar to complete his Malay & Islamic Agenda
- Anwar had never abandon his race and religion agenda in Malaysia


5. Possibility of Hudud in Malaysia
- PAS had never abandon this cause
- It is still inside their constitution

6. Loses of Life and Blood
- Most of the country in the world involved bloods and life in the process of change
- Thailand , Indonesia , Arab , Egypt , Rusia and the list just goes on and on

1. Barisan Nasional might use the resources they have to buy over most of PKR not trusted MP /ADUN
- PKR leaders are the easiest and cheapest to be bought over

2. Infighting at the peak level among Pakatan Rakyat
- Fighting regarding Hudud Policy
- Fighting for Minister position ( until today they cant even present their Shadow Cabinet )

3. Pakatan Rakyat May Consider as Loser even if they Win
- They are not a legalized registered entity compare to Barisan Nasional as a whole

5. PAS will switch over to Barisan Nasional
- For the survival of the Malay PAS might form up a Unity Government with UMNO

6. Foreign Power take control of Malaysia
- Malaysiakini is funded by Soros Foundation
- Anwar is sponsored by the West
- BERSIH is funded by a Jewish entity

Nothing is Impossible in politics. Politics is Intangible. Everything is Possible in Politics. Out of so many pointed above even just 1 of it happen is already an extremely a bad funeral day for the Malaysian.


I love Change as much as every Malaysian do. But I define and interpret the Changes may be different from the changes that many demanded.

Is not a must to change by replacing the government. Change can be in many different other ways.

The society and reformist can unite in large group to change Barisan Nasional and the government from inside. That will reduce the risk of unwanted scenario to happen in our dearest country. It might happen. It might not happen. But why do we need to GAMBLE our future away?

Some may claim that we just need to try for once and that once is only 5 years of time. But what many Malaysian do not know that is not about testing it for 5 years.

What if even just 1 out of so many possibility pointed out above do happen ? Even just 1 ? Is such a gamble worth it ?

There always many alternative and ways to reach a destination. To change the government is only one of the option and if there are still many options that we never even try then why must we gamble our future and nation away ?

Barisan Nasional may not be a good option but to replaced BN then Pakatan Rakyat must be proven to be a great option. If they are just another option then why do we need to Change where in reality there actually no CHANGES at all ?

After 4 years coming into power we can clearly see that almost every single evil deeds that Barisan Nasional is doing is also the same thing that is happening inside Pakatan Rakyat now. Basically they are not a good replacement.

In this case we should rather Change BN within BN rather than changing BN with PR. Because at the end of the day we still need to change PR when they come into power. If that is so why want to gamble away our future , time , vote , support and effort to give power to PR to rule the country ?

Please look at the bigger picture dearest Malaysian. Please analyze and think deeply. Some might accused me of playing politics of fear but then those who can have a rational mind to think properly without any emotion and prejudice then you will realized that whatever I pointed out is the reality.

Do you think Anwar and Pakatan Rakyat really care for the PEOPLE? Just look at the BERSIH how they instigate the supporter and follower to risk their life to break through the police barricade ? At the end of the day is those ordinary people who stand up for them that is injured and the run away from the scene leaving their supporter in danger and the enjoy the popularity , support and fame.

Even when Anwar was being question by an ordinary Malaysian they just chased him out from the Press Conference. Is whatever happening in BERSIH is not a good indication ? 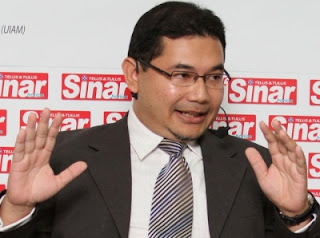 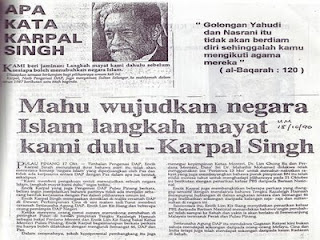