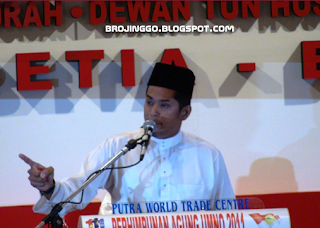 Khairy said that at the closing of the two day round table discussion which was organised by Umno's youth wing at Vistana hotel on April 11.


He said this ad-hoc proposal was mooted by PKR's de facto leader, Anwar Ibrahim in one of his ceramah.

According to him, the opposition have not consulted any PTPTN official on its issues and implications, nor was there any indepth study prior to
propose to abolish the PTPTN. This, according to Khairy showed how irreponsible the opposition is.

At the end of the two day roundtable discussion, 11 resolutions have being proposed to enhance the PTPTN, which will be sent to the Prime Minister for review and approval.