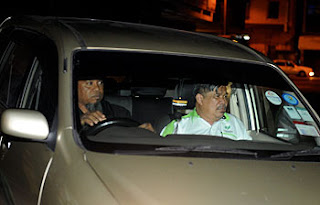 BUTTERWORTH: PAS deputy president Mohamad Sabu has been charged with criminal defamation at a Sessions Court here on Wednesday.

He was charged under Section 500 of the Penal Code for criminally defaming policemen and soldiers.

Mohamad, popularly known as Mat Sabu, also faces an alternative charge of defaming the family members of policemen and soldiers.

Mohamad, who was picked up in George Town, Penang, on Wednesday night, had earlier been released on police bail.

The PAS leader had riled retired and serving police and army officers with his alleged remarks that communist guerillas who attacked a police station in Bukit Kepong in 1950 were true freedom fighters.

He was alleged to have made the remark during an Aug 21 political rally in Tasek Gelugor.

The police had received more than 100 reports against Mohamad.