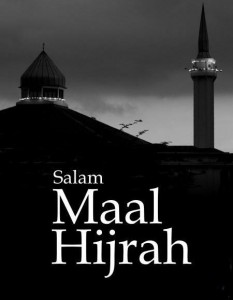 Maal Hijrah, which is also called Awal Muharram, is an important day for Muslims. It falls on the first day of Muharram on every Muslim calender year, which is the first day on muslim calender.
The meaning of Maal Hijrah in English is migration. On this day, Muslim remember Prophet Muhammad S.A.W migrate from Mecca to Madinah on the year 622 A.D. Besides, Maal Hijrah also mean changes from bad to good and a starting point to evaluate inner-self on self achievement.
Awal means beginning in English and Muharram is the first month of muslim calender. In another words, this is the first day in Muslim calendar. Therefore, this is also the new year for all Muslims.
This day has became an important religious day for all Muslims. All the mosque will have sholat sunat.
Today, is also a special day for this is the inaugural start for Bro Jinggo’s blog.
Salam Maal Hijrah to all Muslims world wide. May all be bless with Allah’s countless bounties, a fruitful and peaceful year ahead! Ameen.
Stay in touch with Bro Jinggo http://twitter.com/brojinggo
Posted by Unknown at 10:00 AM